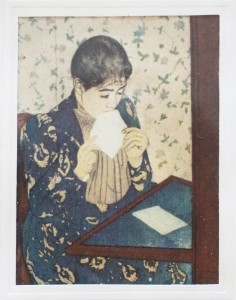 All of us can get comfortable doing the-same-thing-we-always-do-that-never-works-for us when we’re “triggered.” Some of us drink, some of us eat, some of us yell dumb stuff or send off an impulsive e-mail we may come to regret to release the tension of that I-Can’t-Stand-It-Another-Moment moment. Instead, I often suggest to my clients that they practice what Buddhist nun Pema Chodron has called “The Three Difficult Practices.” They sound so simple, but in real-life they’re not.

Here they are: 1. Notice when you are “triggered,” that is, when your reactivity is up. (like you feel almost uncontrollably upset or angry or you must do something right this very minute.) 2. “Go another way” or do something different; something else. In other words, if you want to storm into your boss’s office and tell him to put that pay-freeze where the sun don’t shine: DON’T! Or if you want to lecture your friend on his drinking until his eyes glaze over: DON’T! And 3. Keep doing this (the not-doing-what-you-always-do).

Oh sure, ‘sounds like a piece of cake, doesn’t it? Especially, # 3. But actually, it’s a lifetime struggle, a minute at a time. I can be very wise for others. In fact, that is actually my job description. But, sometimes, I myself, can do the very thing I tell my clients not to do. I am “outing” myself here because I want to confess that I am human. And that with almost twenty-five years of being a therapist, while I can apply my wisdom to others, I sometimes can fail miserably at doing this myself.

Just yesterday, I said something to my son which was terribly offensive. Once the words were out of my mouth, I realized that this was not what I meant. What I meant was that I was concerned about him and family: Was everything all right? My sister had once had post-partum depression and I was really wondering if any of the late onset stuff was going on in his family. And that’s what I should have said. It’s what I meant to say. But instead I said something that infuriated my son and was not at all what I meant. As my dear friend Nabeela might describe it: I snapped!

My punishment began immediately. I was beating myself up without mercy. I had hurt my son, meaning to help him. Impulsive words had flown out of my mouth! I also knew that, since my son fights back in his own way, I would soon be receiving a series of angry e-mails. And that there was a distinct possibility that I might never see my son, my very much loved daughter-in-law or my grandson ever again.

And, sure enough, the e-mails came, telling me I needed to stop blah-blah-blahing and no wonder I was divorced, not once but twice. (Hey, one marriage lasted 18 years; the other lasted 12!) Whew! He can get ugly when he’s hurt. Obviously, he gets that from his father’s side.

Then, being a woman of a certain age, I figured that he probably thinks I am losing my mind.

And sometimes, I wonder about that myself.

I started that conversation in a milder manner, but somewhere in-between my talking, my street mouth took over my brain and I said something I didn’t even mean! Is my brain connected to my mouth at all?

What can you do after your words leave your mouth and hit someone’s ears, and you realize that this isn’t what you meant at all, but once they’ve been said, you can’t take them back. You can apologize, but you may or may not be forgiven.

All I could do now was tell him that I was sorry and wait for him to forgive me. It was a case of  instead of going to my sad-place or my worried-place, because that hurts too much, I got ambushed by my angry place, which is a much easier place to hide. Even if it was my bad. It was my bad. What can I say?

And on Christmas Eve, I spent most of the night doing my penance for my error in judgement: pretty much kicking myself for snapping.

Postscript: After diffusing a day or so, I came to the conclusion that I have and just about everyone I know who-is-honest has, at one time or another, said something they didn’t mean to say, or used a tone that was not respectful. Maybe it wasn’t personal, but more a reflection of where the speaker her or himself was at the moment. Even, my favorite Buddhist Nun, Pema Chodron, has admitted to doing such things in her life. And that, in retrospect, she wishes she had “Gone another way.” Since we can’t roll back time and do things another way after they’re done, all we can do is apologize and try to do better next time. And, though this part is not within our control:  hope that the people we care about will forgive us.